Our adventure park is constructed according to ERCA and ÖIRC guidelines and certified to the standard 15567-2. 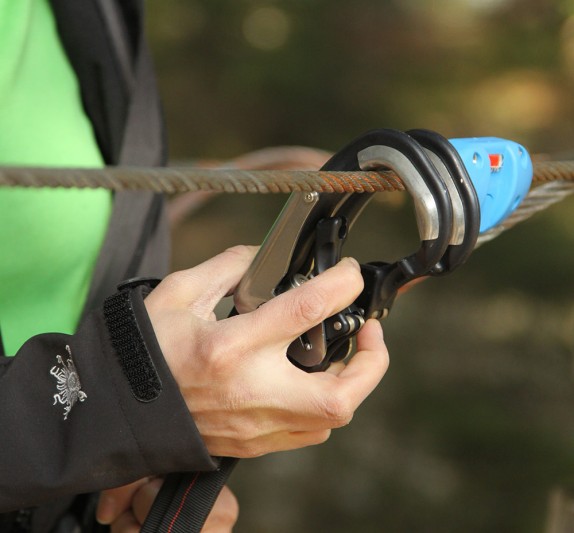 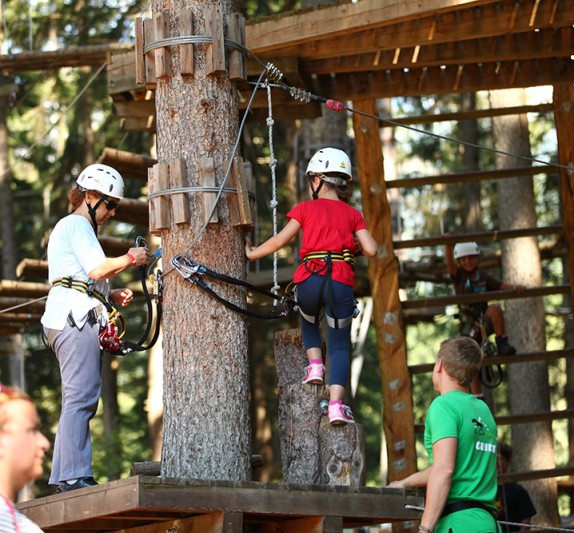 The via-ferrata principle: A steel cable accompanies you along the entire route.

With the via-ferrata set (2 carabiners) you are connected to the steel cable the entire time. When moving on to another steel cable, take off only one carabiner and hook it in the next steel cable.

As soon as the first carabiner is attached, the second one can be taken off and hooked in the next steel cable. This way you will be secured with rope and carabiner all the time.

The intelligent and safe solution: the system recognises the right attachment point and controls that one carabiner is hooked in all the time.

The substantial benefits are the following: